The slight moderation in growth mainly reflected external shocks to the economy and cautious spending by the private sector. On the supply side, growth continues to be driven by the major economic sectors. On a quarter-on-quarter seasonally-adjusted basis, the economy recorded a growth of 1.0% (4Q 2015: 1.2%).

Private sector activity remained the key driver of growth, although the pace of expansion moderated amid on-going adjustments in the economy. Private consumption expanded by 5.3% (4Q 2015: 4.9%), supported by continued wage and employment growth. Private investment grew at a slower rate of 2.2% (4Q 2015: 4.9%). This was mainly attributable to the cautious business sentiments and lower investments in the upstream mining sector. Growth of public consumption improved to 3.8% in the first quarter (4Q 2015: 3.3%) due to higher spending on emoluments. On the other hand, public investment declined by 4.5% (4Q 2015: 0.4%), due to lower spending on fixed assets by the public corporations.

The central bank notes that on the supply side, the major economic sectors registered a moderate growth performance. The services sector recorded a sustained growth on account of the continued expansion in domestic demand. In the manufacturing sector, growth was supported by the continued expansion in both export- and domestic-oriented industries, although at a slower pace. The agriculture sector registered a contraction, as adverse weather conditions led to lower production of palm oil. The mining sector turned around to record a marginally positive growth following an improvement in the production of natural gas.

Inflation, as measured by the annual change in the Consumer Price Index (CPI), was higher at 3.4% in the first quarter of 2016 due to the reduction in electricity tariff rebates in January 2016 and the base effect from the larger decline in domestic fuel prices in 1Q 2015.

The international reserves of BNM amounted to RM381.6 billion (equivalent to USD97.0 billion) as at 31 March 2016.This reserves level has taken into account the quarterly adjustment for foreign exchange revaluation changes.  As at 29 April 2016, the reserves position amounted to RM381.4 billion (equivalent to USD97.0 billion). The international reserves remain ample to facilitate international transactions. It is sufficient to finance 7.9 months of retained imports, significantly higher than the 3-month international threshold. The reserves level is also adequate to meet external obligations with the reserves to short-term external debt coverage of 1.2 times. It is important to note that not all short-term external debt creates an immediate claim on reserves given the external assets and export earnings of borrowers.

The Monetary Policy Committee (MPC) maintained the Overnight Policy Rate (OPR) at 3.25% during the first quarter of 2016. At the prevailing level of the OPR, monetary conditions remained supportive of economic activity. Interbank rates of longer maturities continued to be elevated in January, reflecting continued competition for stable funding and the uneven distribution of liquidity among banks. The reduction in the Statutory Reserve Requirement (SRR) effective 1 February 2016 provided a broad-based increase in the level of liquidity in the banking system. This resulted in greater interbank lending activity in the money market and reduced some of the pressure on the Kuala Lumpur Interbank Offered Rates (KLIBOR). The average base rate (BR) of banks at the end of the quarter increased slightly, reflecting the upward revision to the BR following the higher KLIBOR at the end of 2015.

M3, or broad money, increased by RM9.8 billion on a quarter-on-quarter basis to grow at an annual rate of 0.9% as at end-March (end-December 2015: 2.6%). The slower increase in M3 mainly reflected the moderation in credit extended to the private sector by the banking system. The level of surplus liquidity placed with BNM remained ample and was relatively stable during the quarter.

During the quarter, total gross financing raised by the private sector through the banking system and the capital market amounted to RM286.6 billion (4Q 2015: RM331.4 billion). On a net basis, outstanding banking system loans and PDS expanded by 7.6% as at end-March (end-December 2015: 8.6%). Outstanding business loans grew at a slower annual pace of 5.2% as at    end-March (end-December 2015: 8.0%) due to the stronger growth in loan repayments relative to disbursements. The level of loans disbursed to businesses grew by 1.1% on an annual basis to RM191 billion during the quarter (4Q 2015: RM189 billion). Outstanding household loans growth moderated to 6.4% as at end-March (end-December 2015: 7.7%), reflecting mainly the moderation in loans for the purchase of securities, purchase of non-residential property and credit card facility. Net funds raised in the capital market moderated to RM25.4 billion in the first quarter (4Q 2015: RM51.4 billion), as higher public sector issuances were offset by lower private sector financing in both the debt and equity markets.

The ringgit and other regional currencies appreciated against the US dollar during the quarter, due to weaker-than-expected economic performance in the US, resulting in expectations of a slower pace of interest rate normalisation by the Federal Reserve. The ringgit, however, appreciated significantly more compared to other major and regional currencies. This is attributable to the release of positive domestic economic data, the recovery of Brent crude oil prices and the 2016 Budget Recalibration announcement. These factors lifted investor sentiments on the Malaysian economy and led to increased demand for ringgit financial assets.

The Malaysian financial system remained resilient against potential risks related to spillovers from the weaker global growth and continued volatility in the international financial and commodity markets. Domestic risks more broadly have continued to moderate. However, more challenging business conditions and rising costs will likely weigh on the revenue and loan performance of financial institutions in the period ahead, requiring higher vigilance. The sound underwriting practices observed by financial institutions will continue to lend firm support to domestic financial intermediation. Ample liquidity in the banking system has continued to support credit growth and orderly market conditions. Debt servicing capacity of most borrowers remained intact, with net impaired loans remaining steady at 1.2% of total bank loans.

The capitalisation of financial institutions remained strong and is sufficient to absorb potential losses from adverse developments in financial and economic conditions.  For banks, the common equity tier-1 capital, tier-1 capital and total capital ratios of banks were sustained well above the minimum regulatory levels at 13.0%, 13.9% and 16.5%, respectively. The capital adequacy ratio for the insurance and takaful sectors remained healthy at 242.6%                (4Q 2015: 245.4%). Financial institutions are well-positioned to withstand any adverse macroeconomic and financial shocks, with combined capital buffers of RM170.4 billion as at end-1Q 2016 (banks: RM121.9 billion; insurers and takaful operators: RM48.5 billion).

Domestic demand will remain the key driver of growth

Overall, downside risks to the global economy remain elevated. Cyclical and structural economic weaknesses continue to weigh on growth in the major economies, in addition to uncertainty in the direction of energy prices and rising geopolitical risks. Looking ahead, although the global economy is projected to improve, the pace of expansion is expected to be moderate and uneven. In most of Asia, growth will be underpinned by domestic demand with continued policy support.

Going forward, the Malaysian economy is expected to remain on a sustained growth path of 4 – 4.5%, despite the challenging economic environment globally and domestically. Domestic demand will continue to be the principal driver of growth, sustained primarily by private sector spending. However, domestic consumption is expected to grow at a moderate pace as households continue to adjust to the higher cost of living. Overall investment is also expected to grow at a slower pace but will remain supported by the implementation of infrastructure development projects and capital spending in the manufacturing and services sectors. Uncertainties in the external environment and the on-going adjustments in the domestic economy pose downside risks to growth. 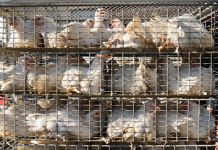 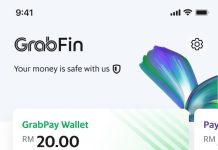 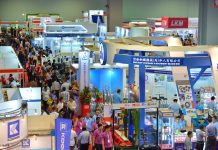 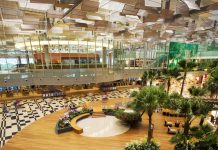 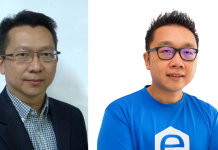 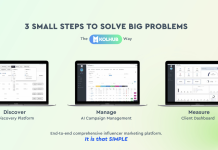 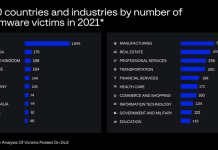 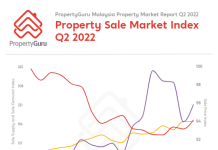