Last week’s global ransomware attack exposed how vulnerable we are in the cyber-world. Although the WannaCry incident mostly targeted businesses, householders can also easily become targets of cyber criminals. These bad guys don’t need to go anywhere near your premises to steal from you – they can take what they like, invisibly.

Ironically, sometimes haphazard attempts in cybersecurity expose you to more risk. According to a recent Consumer Council report, DIY home surveillance systems can be bought for as little as HK$228, and are easy to self-install, but regardless of the price, these systems are themselves also vulnerable to hacking. For one, many surveillance cameras are automatically linked to the manufacturer’s server. Depending on the level of security, this has the potential to endanger the end-user’s personal data. Using the factory default login password on the device poses the most obvious – though by no means the only – risk.

Security expert Michael Gazeley, managing director of Network Box Corporation, says spying by outsiders is possible, given that all smart home devices are IP-based. Inside each is a little computer, so they’re basically a web service, which makes them vulnerable. “They’re vulnerable because most devices have a default username, ‘admin’, and 123456 as the password,” Gazeley says. “If you don’t change the password then you’re really asking for trouble.”

In the worst-case scenario, hackers can use the information they gather from your connected devices at home to plan actual physical attacks such as burglary. But even when cybersecurity is in order, the possibility of physical threats should not be overlooked. Fortifying your home is important even in a relatively safe city such as Hong Kong.

Axis Communications, a leader in networked video surveillance, says homeowners’ initial level of protection is to try and deter burglars. The global company’s solution comprises thermographic cameras and smart applications which enable residents to keep an eye on their premises, regardless of whether they are at home at the time. 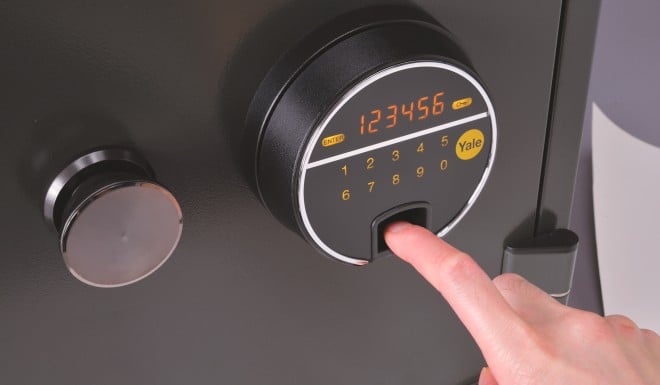 Security can also be linked to other smart home functionality. With the K1, smanos’s smart home gateway, showcased at the Hong Kong Electronics Fair in April, up to 50 wirelessly connected devices, including sensors and cameras, can be intuitively operated as part of the system, either on-site or via an iOS or Android mobile device.

Gazeley says there is no difference between physical and cyber threats when it comes to home security. The bottom line from the experts is to take security into your own hands and protect your home online and offline.