It’s been months and you still can’t buy a PlayStation 5. Not only that, Samsung is raising concerns about ship shortages for its phones. Samsung says it might skip the Galaxy Note this year and the company warns of a ‘serious imbalance’ in the semiconductor industry. And Foxconn says that it might have part issues until 2022.

It’s not just tech companies either, car companies like Ford and GM have also had to push pause on manufacturing. There’s a big problem with computer chips right now. There’s just not enough of them to go around.

There are a lot of reason why this is happening. Slow downs from the COVID-19 pandemic, a spike in demand of laptops, gaming PC parts and of course, next gen consoles while everyone’s been stuck at home and lingering effects from former U.S. president Trump’s trade war with China.

It’s a decades-long problem though, that’s been building towards this moment.

Let’s take a step back – year 2000. We used to have around 30 companies that made their own integrated circuits. But then, they discovered that it’s cheaper to outsource.

So while almost every major tech company, with one or two exceptions, says that they design their own chips, the reality is that the actual production is done by just a handful of companies.

So when Apple said that it was making its own Mac processors last year, that was technically true. Apple does design those chips using designs it licenses from ARM, but then it ships those designs off to other companies to build.

In fact, Sony, Apple, Microsoft, Qualcomm, AMD, and Nvidia all use the same company to build their chips – TSMC, or Taiwan Semiconductor Manufacturing Company.

And even Intel, which is one of the few companies that does make its own chips has announced that it will also be outsourcing some of its more advanced manufacturing in the years to come.

”We are increasing our engagement with TSMC, Samsung, Global Foundries, and UMC.” – Pat Gelsinger, Intel, CEO

In real terms, what that means is Intel’s been struggling to keep up with TSMC’s manufacturing techniques, and that’s left it vulnerable to competitors like AMD, which does outsource its chip manufacturing and has been able to benefit from those more advanced techniques.

On one hand, it made it harder to work with Chinese chip companies, putting a further strain on that supply. On the flip side, Trump’s limitations on companies like Huawei from using U.S. designs, means less demand for chip manufacturers like TSMC, at least in the short term.

Meanwhile, global demand for chips is greater than ever.

Time has changed and also technology has changed with it. Chips could be the key differentiating factor with so many tech companies looking to differentiate their products.

So now, it seems like the pendulum is swinging back to the other side. Companies are starting to think that they need some domestic supply chain, in case of emergencies or disruptions.

Intel has just announced they are going to invest $20 Billion in Arizona. At the same time, TSMC are going to build a facility in Phoenix. Analysts consider this as only the first wave.

Intel also plans to start manufacturing chips from other companies with interest from IBM, Microsoft, Qualcomm, and Google. And adding another major semiconductor manufacturer to the mix, especially one that won’t have to deal with trade wars, tariffs, or security concerns from abroad, could have a big impact, eventually.

To build semiconductor manufacturing facilities, it takes a long time. Intel and even TSMC are now facing pressure to create more capacity, but that will takes years to build.

These changes are going to be ways off, and while they might help things down the line, the only real solution to this shortage might be time.

The move that Intel are making, and also in terms of TSMC, investing in Phoenix, is a good first step and that’s certainly a path towards the right direction.

When you look at the 5G rollout, and Internet of Things (IoT), there will be huge demand for this kind of high tech in coming years.

In the long term, this could be a catalyst towards a much more efficient supply chain for chips, possibly for other manufacturing too. 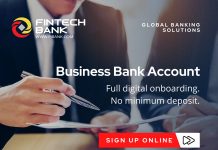