Authorities in Melbourne, Australia have installed 10 traffic lights with figures in dresses just in time for International Women’s Day which falls on March 8. But not all are amused and the move has sparked a debate with critics saying they are unnecessary. They said that the move was unnecessary. Some said it was a pointless gesture, some joked that they had assumed the red and green figures were women wearing pants, others were concerned about the cost for the change.

The trial programme in Melbourne is designed to “reduce unconscious bias”, according to the lobby group behind them, BBC reported.

The Committee For Melbourne, which began the Equal Crossing initiative, said it hopes that half the lights in the city can depict women.

“Although seemingly innocuous, this symbolic disparity contributes to an ongoing unconscious gender bias in society that women are less equal than men,” said a tweet on the Equalcrossings Twitter feed, referring to the exclusive use of male figures in traffic lights.

“Such bias helps to build and reinforce stereotypes and ultimately influences the daily decisions that we all make.” 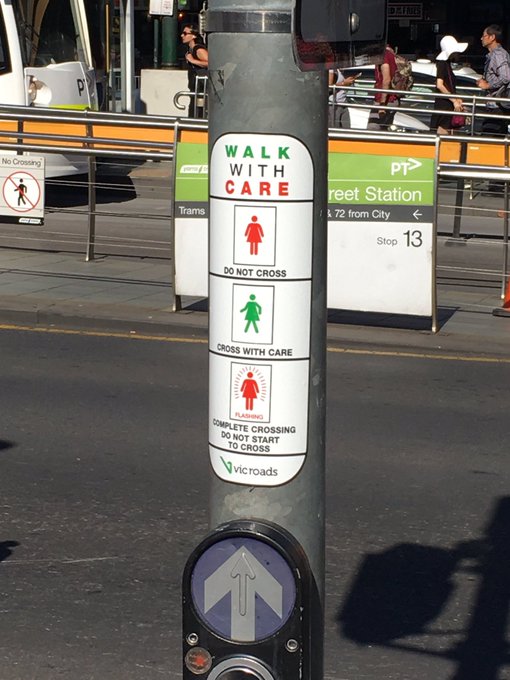