“We are extremely honoured to be the first Malaysian bank to be acknowledged with this international awardfor our leading SME Banking business model,” said Steve Miller, Head of Group Business Banking. “These achievements would not be possible without the strong support from our customers, business partners and Alliance Bank staff.”

“The award proves that our business strategy based on proactive customer relationship management,a strong programme lending risk model, and innovative product development, has allowed the Bank to differentiate itself in the Malaysian SME segment.” 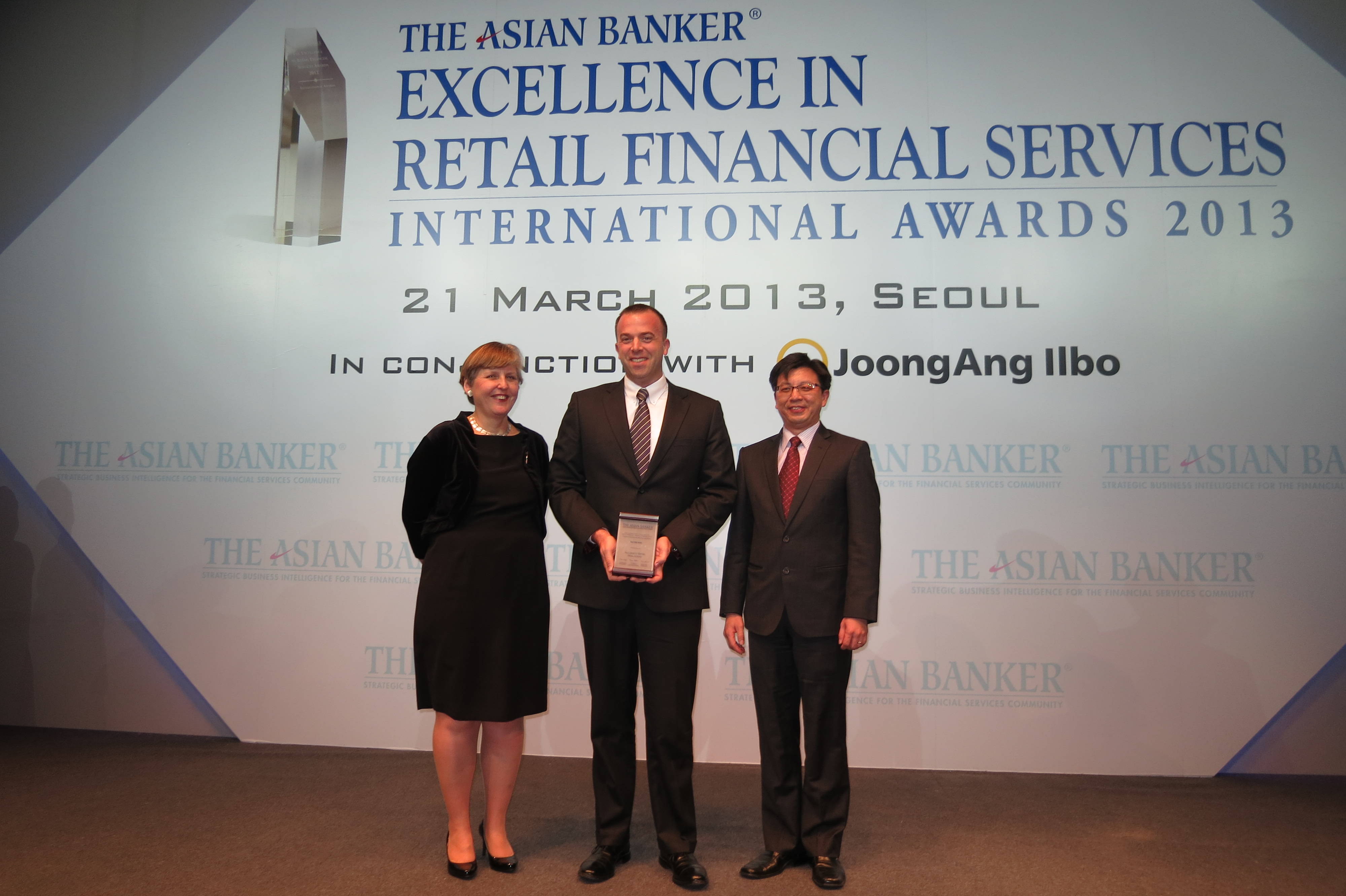 The Asian Banker is a leading provider of strategic business intelligence for the financial services industry. The Excellence in Retail Financial Services Programme was instituted in 2001 to recognise the pursuit of excellence amongst retail financial institutions in the region.

For the 2013 awards, more than 160 retail financial institutions from countries in the Asia Pacific, Central Asia, the Gulf region and Africa were assessed in detail by The Asian Banker alongside an international panel of judges. The Programme is predicated by a Core Belief that “a well-run bank is one that demonstrates a long term, sustainable, profitable franchise with the customer as its core proposition.”

Just a week ago, Alliance Bank’s Group Chief Operating Officer, Raymond Leung represented the Bank at the Banking & Payments Asia Trailblazer Awards 2013 ceremony in Singapore and picked up two awards namely, the “Excellence in SME Banking” and the “Service

Provider Excellence in Virtualisation”. Now in its fourth year, judges of the Trailblazer Awards asseses over 130 submissions for awards across the various categories including product excellence, channel excellence, service excellence, process excellence and strategy excellence.

Commenting on Alliance Bank’s win of the “Service Excellence in SME Banking” award, Thomas Zink, editor of Banking & Payments Asia, said, “Alliance Bank has acquired an outstanding skill to identify underserved segments in its customer base and to develop a targeted value proposition catering its specific needs. With its new designated online banking proposition BizSmart, the Bank brings cash management and Internet banking services to smaller SMEs, particularly sole proprietors. These services were previously only available to corporate customers.”

“In our conversations with our SME customers, we know that regardless of industry or size, business owners always look for more efficient and productive ways to improve their business. As such, we have implemented a number of strategic initiatives to transform our customer relationship model to serve the SME segment better,” explained Miller.

In addition, Alliance Bank was one of the financial institutions that was honoured by the SMI Association with a “Sahabat SME Award” for the third consecutive year, reiterating the trust and credibility that Malaysian SMEs place on the Bank as their business partner.

“We appreciate the confidence that the Malaysian SME community has placed in us, and we look forward to partnering with them for greater growth,” remarked Miller.